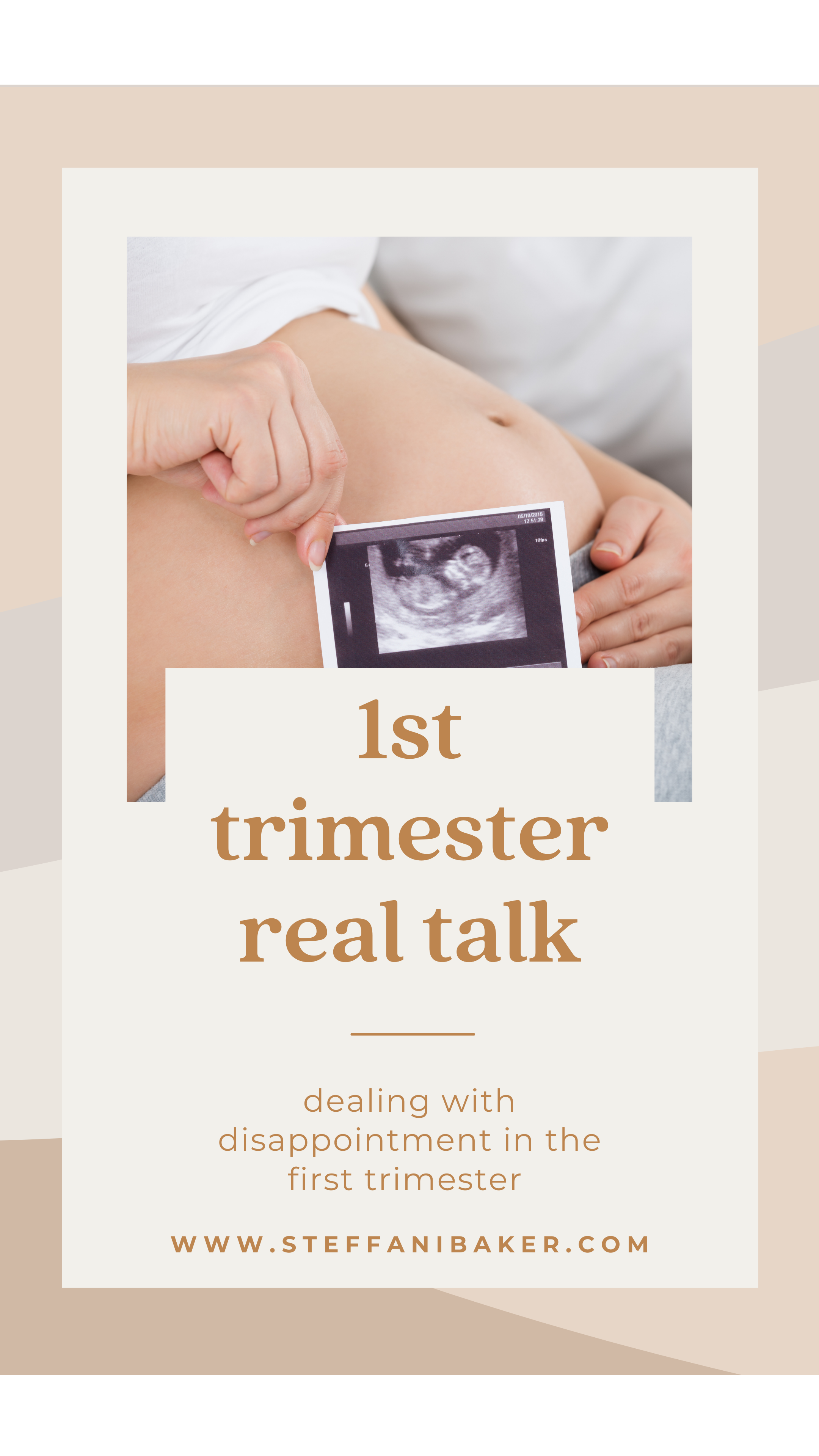 I couldn’t believe it when I saw those two lines. We had been trying for almost 6 years but I wasn’t as excited as I thought I would be.

In all those years, we’d never seen a positive pregnancy test. Truthfully, the negative was heartbreaking enough, I truly could not imagine the devastation of a miscarriage so for that, I’m grateful. To the women who have experienced one, my heart is with you. Your strength surpasses most.

It was a weekend evening and we had been working on our DIY bathroom remodel for a couple weeks, so of course, we were exhausted. I’d been enjoying myself a glass of chardonnay painting our upstairs hallway – anyone else impulse start other projects while in the middle of others because “the paint’s already out”?

When we found out

I’m not kidding when I say, my arm would barely move while trying to roll the paint on the wall, but I blamed it on the continuous days of hauling tubs, the vanity, flooring, etc. It was still early to test, by about 5 days, but I thought I’d take a test just because I had several around. I wasn’t too hopeful, in fact, indifferent about it. I had just talked to my doctors office a couple weeks prior to see what the next steps were after another month of failed Clomid.

I couldn’t believe it when I saw a faint positive. There was no idea or excitement for a way to surprise Doug, I just showed him the test and asked if it was real. After 2 more tests that resulted in the same, we both were cautiously excited at the possibility, but didn’t want to get our hopes up and figured I’d take another test the next day.

The next day the lines just got darker. I couldn’t believe it. But still, we opted not to get excited until we saw an ultrasound that showed the sac. Was it the Clomid? Was it that my body kicked into gear because we’d been babysitting our baby nephew weekly for a few months now?

The beginning of disappointment

I immediately called my doctor to leave a message sharing the exciting news and making sure the medications and vitamins I was on were ok to continue. I was so scared I’d mess something up. This was all so new and overwhelming to me, so the disappointment when I didn’t hear back from my doctor or a nurse was a lot to say the least. I knew the first trimester was so important for babies development and I was terrified I was going to do something wrong. Not only because I wanted to make sure I was doing things right, but also because we’d been trying for 6 years. I couldn’t believe there was no sort of “Congratulations, how exciting! Here’s what we can do to make sure you’re doing your part for a healthy baby”.

By about week 7 I was so sick and could barely get out of bed, and food was not on my radar. Hubby was amazing and got me ginger chews, peppermint tea and peppermint essential oil to sniff when the nausea was really bad. My sister made me a pregnancy basket with some chews that did help for a second, but I just couldn’t seem to get it under control. The only thing I was able to get down was pasta, potatoes and crackers.

After the disappointment from my regular office, I met with another doctor in hopes to establish with someone more wholistic and would ultimately allow me to deliver in the hospital a few blocks away from our house. The staff was wonderful, welcoming and immediately gave me a congratulations. I was so thankful to feel supported. The doctor was very nice and suggested trying Unisom and vitamin b-6 before we turn to prescription nausea meds which I was on board with. The more natural the better.

After learning more about the birthing process through this office, I ultimately opted to continue to see my original doctor as they were more qualified to deliver in case of high risk or c-section. If I needed a c-section with the other doctor at the closer hospital, they would call in whichever doctor was on call, who I’d maybe never met and with my anxiety, I knew that wasn’t the right fit for me.

I tried the Unisom and B-6, and unfortunately, it didn’t work. I followed up on the call I’d left previously with my original doctors office and received a call back from someone who was maybe having a bad day. There was no congratulations, no excitement, in fact, it seemed I was a nuisance to them. I was so hurt thinking this is the office that’s going to care for me and my baby, and I feel like I shouldn’t be asking questions. Even though I had amazing support from my hubby, family and the one close friend that new about the pregnancy who worked at the hospital in ultrasound, I was so discouraged that I didn’t feel the support from the office that was going to handle my pregnancy.

Learning for myself & must have pregnancy apps

I started researching any question that popped up in my mind and asked my close friends and family what was normal and if they’d experienced the things I had in the first trimester.

I downloaded several pregnancy apps which were so helpful with my curiosity and allowed me to watch the weekly growth of baby. Of the many I downloaded, here are my top 3 that I check daily:

Mourning the loss of the life I had accepted

On top of the negative feelings I was feeling to begin with, I truly had gotten to a point that I was accepting Doug and I’s life without kids. We were Auntie and Uncle to the most amazing little boy and that helped fill the void. I began looking forward to our life of freedom and started living as if it would be us. Our life, as just us, would be more than enough. We both have big dreams and goals and with each other we could do anything. We talked about moving out of our home town, traveling, careers, dreams (like me starting an animal sanctuary :), living in a tiny home, and so much more. We began enjoying life again as just us – something we hadn’t focused on in the last 6 years of our marriage. So along with the hesitation of being excited for a pregnancy I still couldn’t believe was happening, a part of me was mourning the loss of that life. The life I’d finally accepted and looked forward to.

The start of a mind-shift

When my first trimester appointment came around at 10 weeks, Doug and I met with the PA to confirm the pregnancy, I was so pleasantly surprised. She was absolutely amazing, welcoming, informative, supportive. She asked about how I was doing, not just the baby. I immediately felt a sense of relief and dare I say, excitement. I felt like we had the support of the medical team behind us, and we could do this.

She prescribed me nausea medication which I knew I needed, but was bummed that it came to that. My natural methods weren’t working and I didn’t feel like me and the baby were getting the nutrients we needed to thrive. I also discussed a little bit how I was feeling mentally and felt very supported in the options she gave me. She made sure I knew it was normal that parents who have been trying to have kids for so long have a tendency to put up a wall to their emotions without realizing it. It was a relief to hear that after having felt so much guilt for not being more excited and feeling connected to the baby.

Next, we went in for the ultrasound to see baby. We couldn’t believe how active the little thing was! Seeing the baby move around like that was making everything feel more real.

We left the appointment saying “It’s for sure a girl! We just have this hunch it’s a girl.”

The fun conversations were starting. We were starting to see ourselves as parents. Not much, mind you, but there was a little bit there that made us start to feel different.

Thankfully, the nausea med kicked in and even though I didn’t feel like a million bucks, I was able to eat and function without misery.

Here are some other random symptoms: heat rashes on both arms when I’d go in the sun, dizziness, exhaustion, constipation, constantly being cold, evening headaches, vivid dreams and insomnia, heightened allergies and congestion, sore breasts (no running for me), stretch marks, food aversions to mushrooms and garlic (the 2 things I eat with almost every meal) and depression. I think that covers the majority of them haha.

Now, as I sit here on a beautiful summer day reflecting on this moment in Doug and I’s journey together, past the first trimester and feeling our baby kick around, I can’t believe we are here. I’m confident we can still live that life we talked about while raising a little human to know they can do the same.

Ok. This turned into quite a lengthier post than expected but I got sucked in finding some registry essentials that are good swaps for their non-eco-friendly comparison. First and foremost, hand-me-down ANYTHING is always green. Even if it’s made of plastic or non-sustainable materials. It’s preventing another new thing from being bought and produced and… 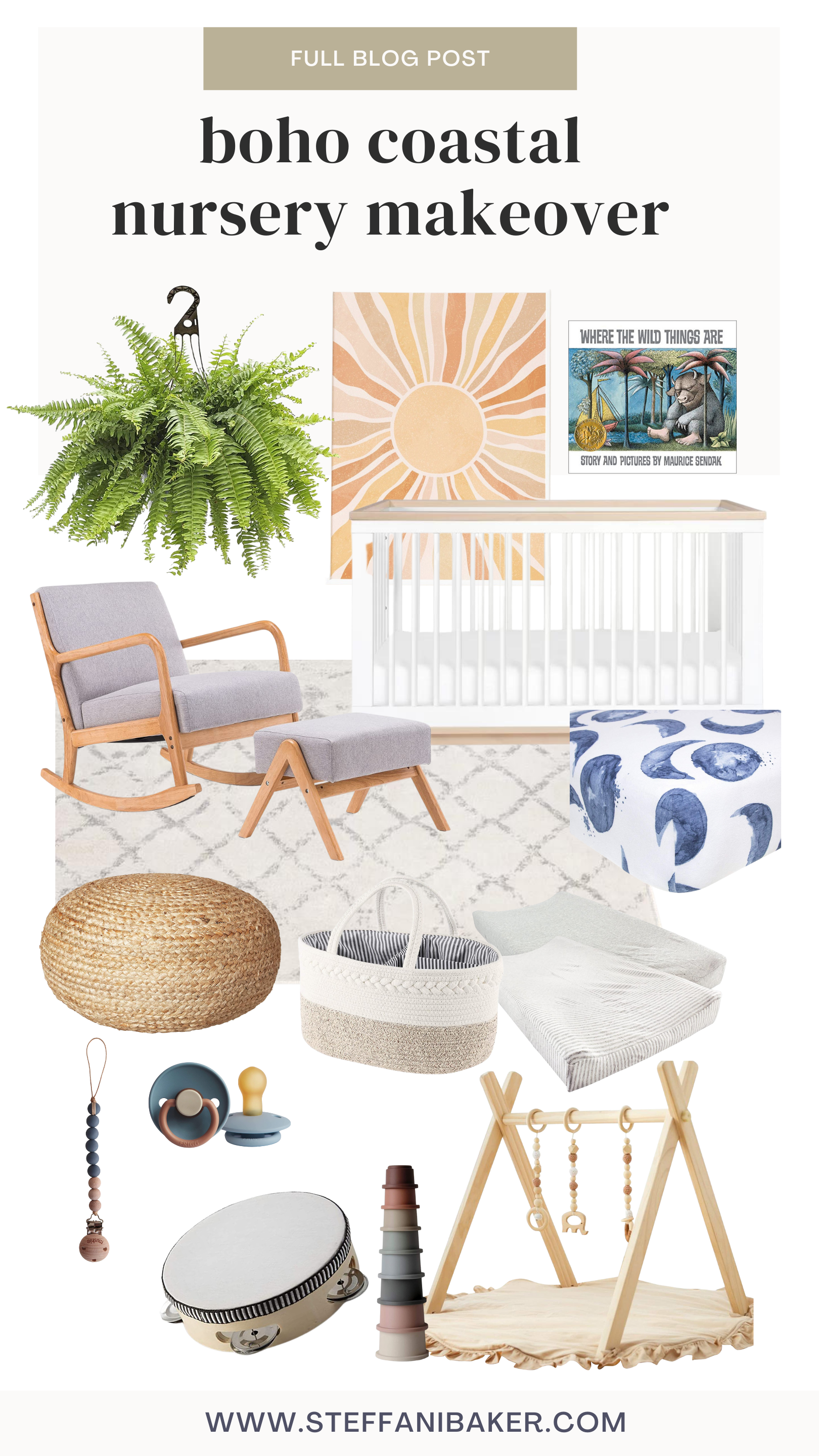 This boho-coastal nursery mood board is a light, bright, eco-friendly and timeless color palette perfect for a small room. I’m so excited to share this mood board with you. We actually didn’t think we’d be able to have a nursery considering our one and only spare room was taken up by our clothes. We live… 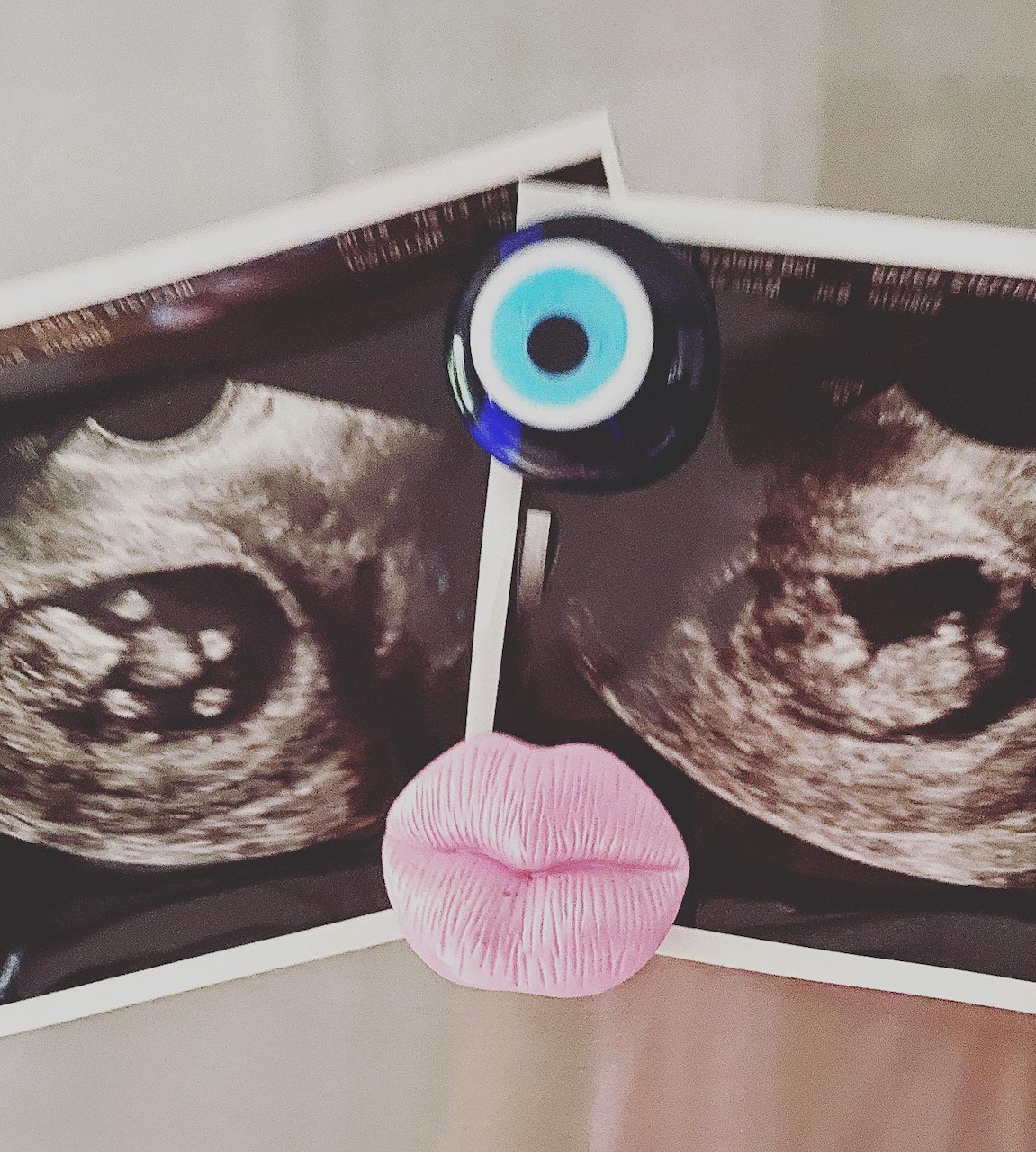 I can’t believe that I’ll finally be able to talk about parenthood on the blog. We’ve been trying for almost 6 years and were near considering IVF. I’m working on a post of the reality of finding out after so long… it’s not as exciting as you’d think. But, now that I’m into the second… 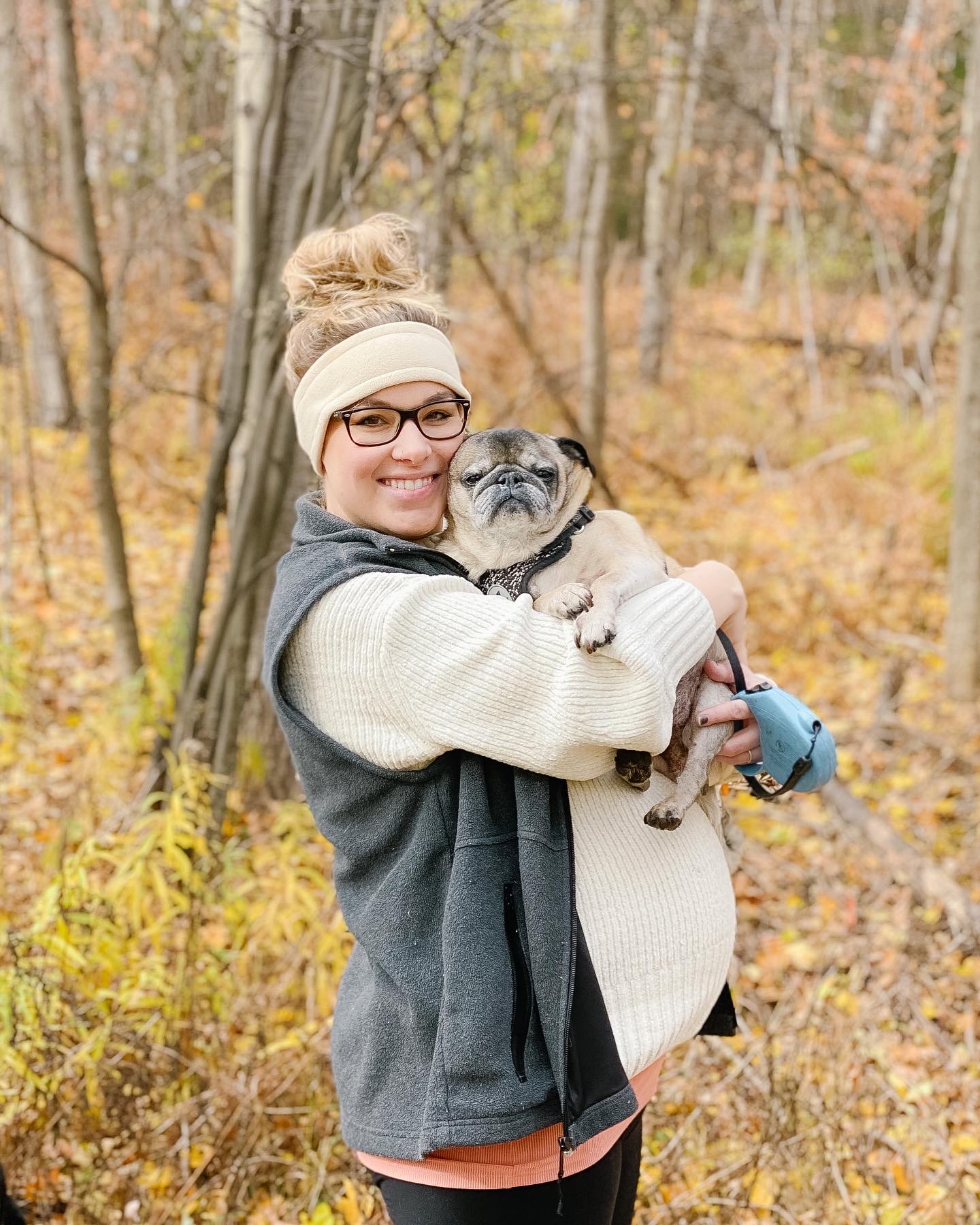 I’m a new (human) mom to our incredible son but have been mom to many animals as well. I’m all about living cruelty-free – in both my lifestyle and diet and I hope I can help you do the same. I’m here to share easy tips and swaps in your home and lifestyle, as well as easy, delicious vegan recipes that you can start incorporating into your life today. Thanks for joining me, and cheers to new friends! 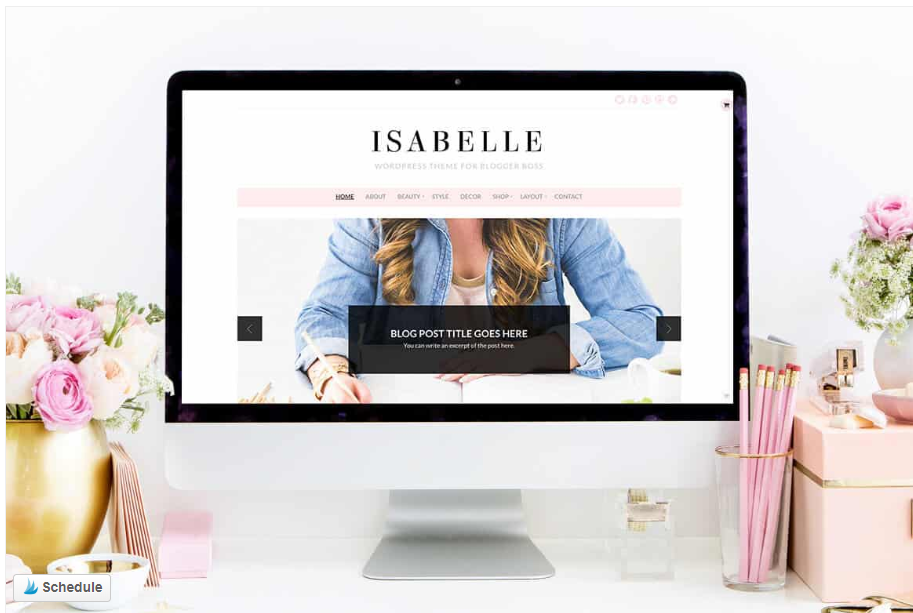